Finnish fintech startup Zervant has just reached 125,000 users. In the last three years the number of small businesses registered for this invoicing software has increased tenfold.

Zervant is now getting 6,000+ new signups every month, with the number growing all the time. This can be attributed to the increasing demand for straightforward invoicing software that enables users to create and send invoices in any format.

Zervant’s turnover is expected to triple this year. Perhaps the highlight so far, of what has been an incredibly successful 2016 for the startup, is a multi-million Euro deal with ING Belgium, one of Europe’s largest banks. The deal enables ING Belgium to acquire the rights to rebrand Zervant’s invoicing software.

In August Zervant also announced an additional €4M in funding, bringing the total raised by the company to over €8M. This round was led by Northzone and Conor Venture Partners. The investment will help the company to expand significantly and strengthen its position as the leading invoicing service for small businesses in Europe. Zervant will accelerate growth in its current markets, as well as expand into new European countries. Bjørn Stray, General Partner from Northzone, has also joined Zervant’s Board of Directors.

“2016 has been a real turning point for us. We have seen excellent growth, particularly in our core foreign markets of Germany, France and the UK. We have signed a multi-million Euro partnership with a leading European bank. And we now have great investors with a proven track record in our field onboard. But the best is certainly still yet to come, our ultimate goal is to become number one throughout Europe.”, adds Mattias Hansson, Zervant co-founder and CEO.

Additionally, the company was chosen as the most promising fintech startup in the Nordics. The award was presented at Disruption Banking Nordics in Stockholm, in April.

Zervant is used by entrepreneurs all over Europe. Its core markets are Finland, Sweden, Germany, France and the UK. Its mission is to provide online invoicing software to all of Europe’s 20 million small businesses.

What's even easier than Excel for your invoicing? 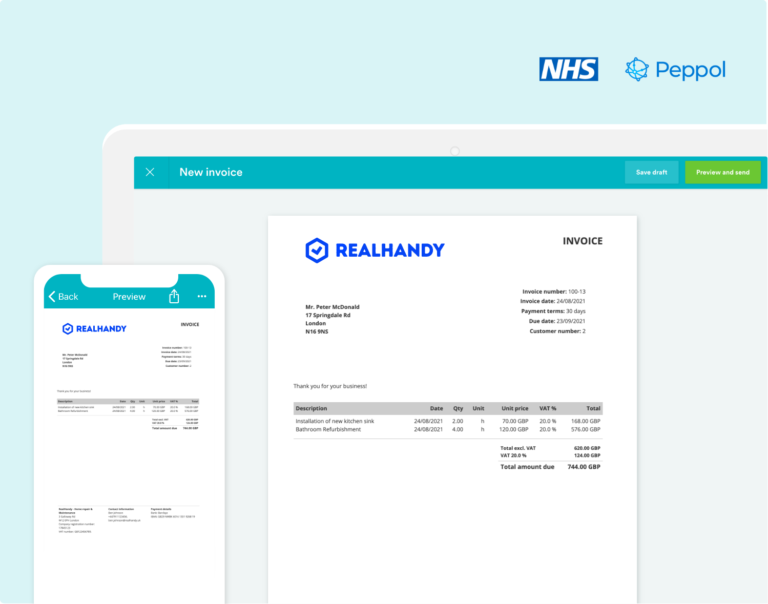